“A garden always has a point.” Elizabeth Hoyt, The Raven Prince

Found this really cool article which should add to your Hydro game plan: 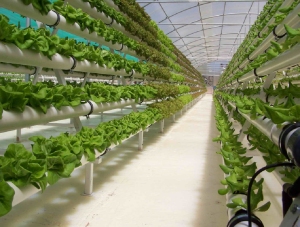 To some, hydroponics could be considered the ultimate realization of an idea that started in agriculture nearly 200 years ago, hatched in the minds of millions of farmers during the birth of the Industrial Revolution. The final combination of man and machine that graces him with the food he needs to feed his family, and the excess to provide for the rest of the community around him.

Of course, now we live in an era where corn that’s picked one morning in Iowa can be on a kitchen table in California by dinner, and the idea of locality has been thrown out the window in favor of interstate trucking and the excessive burning of fossil fuels. That doesn’t mean all progress is bad though, and out of modernization has come an entirely new method for sustaining crops that attempts to reach beyond the very limits of what organic life is capable of.

Depending on the route you take, hydroponics can provide incredibly high levels of control over nearly every part of the growing process; from germination of the seeds to seasoning the vegetables right before they hit the grill.

Levels of specific nutrients, increased yield, reusable water sources, the overall health of root masses, and the potential to cure disease are just a few of the many different areas that hydroponic growers have the advantage over soil…but all this transparency and yield boosting does come at a somewhat difficult to manage price. 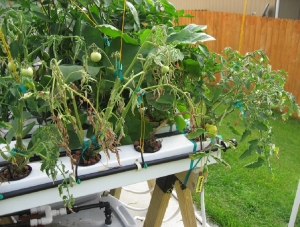 The same technological advancements that give hydroponic enthusiasts the control they depend on to blow soil harvests out of their pots, can also be responsible for the complexity and fragility that scare many dirt growers off from making that big leap of faith.

If any piece of the system malfunctions while you aren’t home to catch it, you can lose an entire crop within a matter of hours, so often a backup power supply or constant monitoring programs are required in order to ensure eventual success. In recent years, however, this garden-killer has become less of an issue, as more advanced toys are being released which can actually text the gardener’s cell phone about any alerts triggered from sudden changes in the system, at which point he can switch over to the webcam feed and assess the damage from wherever he might be in the world.

But before you rush out to the local shop and grab a couple of buckets or a pump, this peace of mind luxuries do not come anywhere close to cheap, and unless you’re planning to fill a 30′x30 space with 200 potential sites the initial investment of these devices can far outweigh their benefit for anyone who plans on keeping things humble in their closet department.

No matter which direction you eventually choose, it’s obvious that there are many different factors to consider before entering into the world of growing your own food indoors. If simplicity and consistency sound more appealing than high yields or wild infusions of cutting-edge nutrient combinations, the soil is the way to go.

And if you’re someone like me who enjoys tinkering with intricate systems and advanced feeding methods in order to achieve the biggest, bushiest plants around, then hydroponics could be the proper path for you.

Whichever side of the fence you eventually land on, the wonders of creating your own produce at home is an always an exciting adventure to embark on, and who needs to be right as long as everyone’s having fun?

UPDATE ON OUR 2 RESEARCH PROJECTS

The Spectrum King SK450 (full-spectrum) with a new tomato plant. This is what it looks like at day #47 (we have tomatoes!):

4 complete hydroponics setups in the our greenhouse are still going crazy! [top drip Bato buckets, Ebb & Flow, lettuce raft, and 5 gallon bubbler bucket]. This is what the crops look like this week, giant cucumbers and that is a baby canteloupe supported by old panty hose. 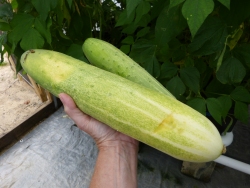 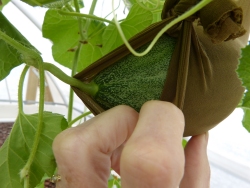 Video of the Month: Off the grid hydroponics: the Kratky method

Hydro Tip of the Month-

Have you found any insects in your garden (crawling, flying)? Identify and treat them by visiting our Pests page.

Insiders tips to get you growing…